St Euny has its own website that you can find from here:

‘But the spirit produces love, joy, peace, patience, kindness, goodness, faithfulness, humility, and self-control. There is no law against such things as these.’

The team reassembled, with a couple of welcome new additions, and the church was transformed. Five stations were set up representing Harvest of the garden, ocean, flock, grain and the earth.

The children were introduced to these concepts by interacting at the various stations, learning about Patience; through the planting of seeds, Peace; through the story of Jesus calming the sea, Humility; by learning that a garment is woven through the skills of many, who cannot work alone, Generosity; by the sharing of bread and the Joy of giving, by making a pot to give away.

The final experience was ‘thanksgiving’, where the children learned about the Jewish celebration of Sukkot. They hung fruits, bearing the words from each station in the Sukkah, which was assembled as the Jewish people do during Sukkot, to remember Moses leading his people through the desert to the promised land, which in turn reminds them of God’s faithfulness.

All in all, it was a very positive time and I would like to thank all the volunteers who generously gave of their time and talents.

The wonderful harvest loaf was handcrafted and donated by Ian ‘Denzil’ Trevethick from Fore Street Redruth. The veg was given by Liz and Geoffrey from St Euny Churchtown and a corn sheaf was sourced by Charmaine. Margaret Davis donated a sheet which became our troubled sea, and Anthony gave the apples. A big thanks to all who donated. The harvest loaf and veg were used to form the display at the altar for the Harvest Festival service at St Euny Church on the 6th October.

During my time arranging this event I can truly say that I myself have witnessed these ‘fruits of the spirit’ in action and it has been a great learning time for me. 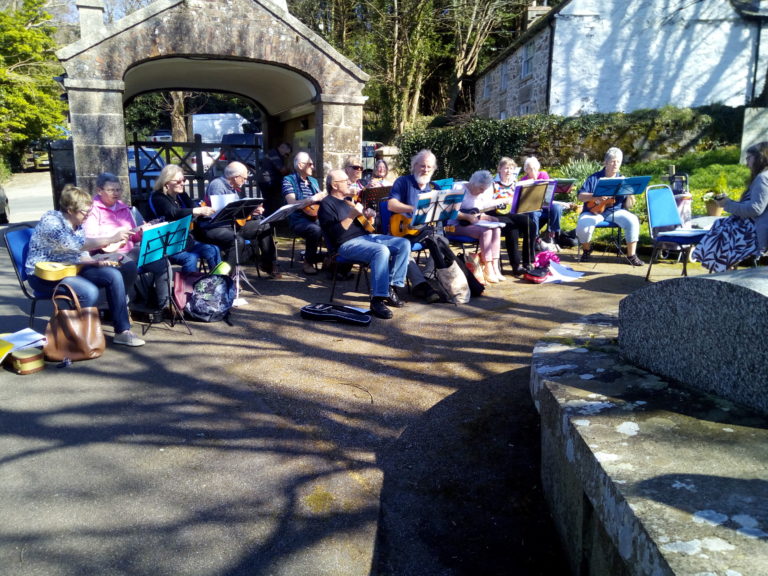 St Euny Uke's in the Sun

On the 26th February a group of 6 St Euny Ukulele players visited the stroke ward at Barncoose hospital. We were warmly welcomed and copies of the songs played were printed out for the patients to sing along with us. They also had percussion instruments to play. One of the songs we played was Waltzing Matilda and one of the patients had spent a lot of time in Australia and many other places. He really opened up when we played this song and had a long discussion with us afterwards explaining the meaning of all the aborigine words which was great. We learnt afterwards that this patient hadn’t spoken since he had been a patient in the hospital so this was a real bonus to the patient, the staff and gave us satisfaction that we had helped. We hope to return. (By Bob Sanderson)

We also held our first birthday Music Event last September and invited other Ukulele groups to play with us, as well as a guest guitarist Emilio Aylto and student from Mounts Bay Academy.

In a Cornish missel, we arrived and there were posters of us everywhere announcing our event. Miners Court was busy with activities; hairdressers, bingo and book and coffee corner. The residents were alert going from one friend to another.

And then there was our room the day room, decorates with St Piran flags and the Patron Saint of Miners here “his day on March 5th.

We set up in an arc at one end of the room and went through our programme. Briefly between numbers we chatted with the audience who had been given the song sheets in large print. My goodness they all sang well and when we performed “Singing in the rain” they loudly said how appropriate! We spoke of the countries we were all singing of, Waltzing Matilda (Australia) and were given large applauses at playing Camp Down Races.

In honour of St Piran we played 2 Cornish songs “Little eyes” and “White Rose” which was very rousing. In total we played 16 songs, which we enjoyed by all and when we asked if you could take a jet plane where would you go? This brought amazing replies; Australia, Spain,, the continent and one said I’d stay here in Cornwall, as it’s so lovely.

I believe we stimulated the residents of Miners Court and in turn they inspired us!

Oh Yes, it was also Rosie’s Birthday, so spontaneously we played “Happy Birthday!” A Great afternoon was had by all and we raised £40 towards the St Euny Defibrillator Fund.

Other places we have played;

St Euny Uke’s outreach band gathered prompt at out patients reception, eagerly we went to Lanyon ward. We settled into our 18 tune repertoire and this went down well with the patients arms raised to the music and flowing first one way than the next to our version of Rod Stewarts “Sailing”, We also had learnt “Doing the Lambeth Walk” as Lanyon had requested this last time, and this was much appreciated.  We also played some other new tunes, “Cockles and Mussels” and “How much is the Doggie in the Window?”

Our programme was geared for rehabilitation and “he’s got the whole world” song did just that, with sweeping arm movements to the “whole mood” and other arm movement for other words in the song.

We also choose a song “deep in the heart of Texas” was chosen so patients could do the 4 stamps and exercise their legs. We ended with “Amazing Grace” and a solo by Phil which was “shake rattle and roll” which received the biggest crescendo of applause for Phil, which was marvellous.

There were 7 ukulele players and 6 select patients, who were at a stage of rehab that would benefit from the groups stimulations by the music. A lady came, complete with her bed! Her eyes remained closed, but during the song’s she sang the loudest and occasionally

Also as I was assisting a wheel chaired lady back to her room she said, “that was lovely, I’m so glad you ended with Amazing Grace, I feel like I have been to Church!

We have also played at 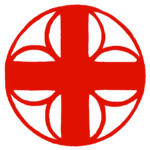